Thursday 13th October
Set off from Criccieth on our normal train in my normal clothes, changed at Shrewsbury and changed into my cycling gear before we hit Newport.  Chris was waiting for me.  We soon picked up the cycle route which ran beside a tidal river to start with and then beside busy roads.  Once we left them the route was about half on minor roads and half off road.  It took us 19 miles to reach our b & b arriving just after six.  After showering and contacting our wives  we walked to a Wetherspoons pub and had a nice curry and a couple of pints.

Friday 14th October
On Friday we set off from Caerphilly just after 9 in the rain.  We made good distance on old railway line and stopped for coffee in Pontypridd.  The route then took us on deserted farm roads into the hills. 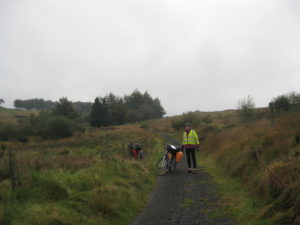 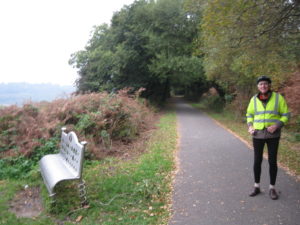 It was hard going but beautiful.  We ate sandwiches on a bracken covered hill and stopped for a drink a little later. 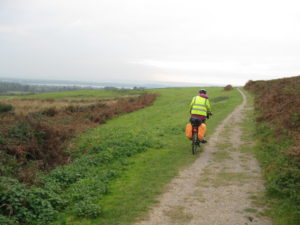 The weather improved and the route almost into Port Talbot was very rural.  We stopped in the Grand Hotel where we had a nice bath, meals and were entertained by an excellent (but too noisy) band. 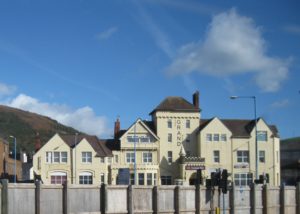 Saturday 15th October
We visited a bike shop and replaced my bike blocks and re-sited my iPad bracket.  We got a bit lost but eventually found route 4 which went right along the seafront.  There was a bit of main road cycling to get to Swansea and we stopped for coffee. 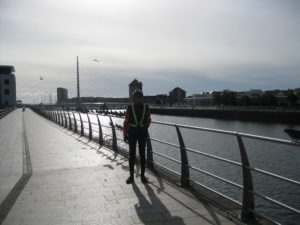 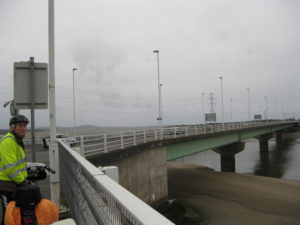 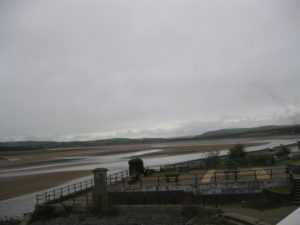 The warm sunshine lasted right along Swansea seafront but by lunch it started to spit.  More off-road cycling along the Gower estuary brought us into Llanelli where we booked in to the Miramar Hotel.  This was cheap and cheerful but Idalina who booked us in and served us breakfast made the stay enjoyable.

Sunday 16th October
This was our easiest day and started off, after the night rain, OK.  We cycled by the estuary and then went inland, finding an old fashioned coffee house just in time to dodge the first heavy shower. 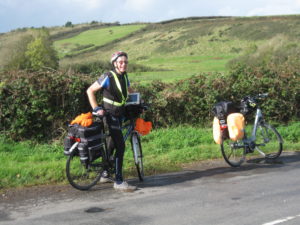 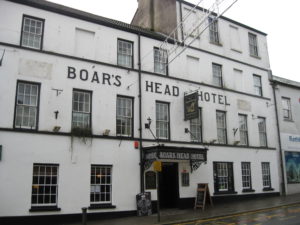 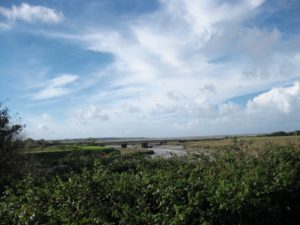 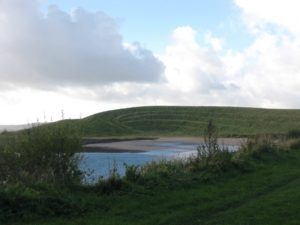 We had to cross a big hill but arrived in Camarthen at lunchtime, having paninis at Morrisons before dodging the rain and finding the Boars Head where we were staying.  After baths we wandered round the town, finding M&S where I bought some new pants, and the castle and County Hall.

Monday 17th October
A hard days cycling up hill and down dale.  Stopped off at Forge for awful coffee.  Attacked by several lots of dogs.  The first lot of three accompanied by the owner farmer attacked Chris and bit his leg.  I was very angry as if he’d fallen off they would have gone for his throat.  We had lunch in a pub and coffee in Sandersfoot.  Arrived Tenby tired and I won the toss for the double bed.  The Lion Hotel was ideally placed. 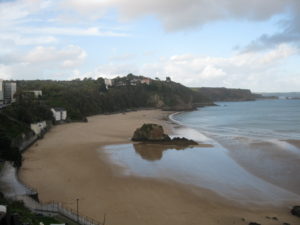 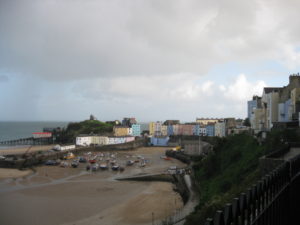 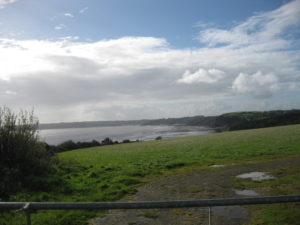 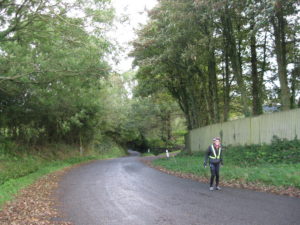 We walked around a bit and had a pint in one pub and pasta in an Italian.  Chris stayed down for another drink.  We decided to catch the train from Tenby rather than rush to Pembroke Dock.

Tuesday 18th October
We were able next morning to have a leisurely breakfast and stroll round the very impressive town catching the train at 11:43 and changing at Carmarthen.  Chris successfully disembarked at Newport at around 15:00.  I uploaded a film at Shrewsbury and watched it on the last leg of the trip.