Pauline and I landed in Jo’burg and stayed in Tommy’s flat for a couple of days, meeting up with Mitch for lunch. Then we went in our hire car to the Kruger National Park. 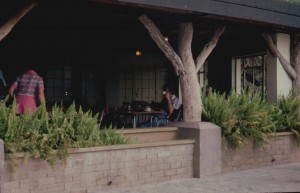 Coffee in the Kruger National Park 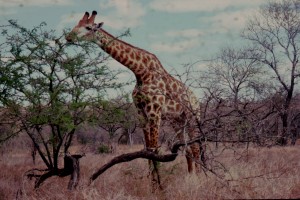 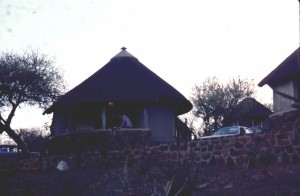 Then we went to the NE Transvaal. 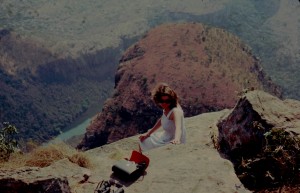 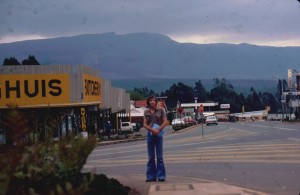 Me holding onto a soapstone fish

Then we drove to PE and met up with my grandmother.  We took her to the dolphinarium. 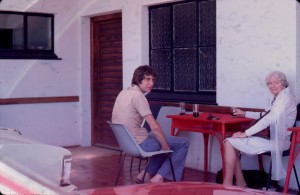 Me and Granny outside her rooms 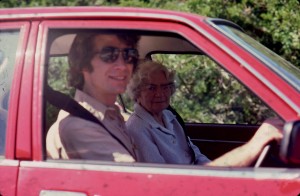 Me and Granny (Dolly, my father’s mother) in Port Elizabeth

We then sought out the parents of a girl who worked in a photocopy shop in Hanley.  These lovely people entertained us for several days on their farm in the Eastern Cape, miles from anywhere.  I learned how they treat sheep that are being attacked by maggots and we attended a showing of a religious film in a barn.  People, mostly Coloureds, as they were known, arrived walking, or in the back of pickups from neighbouring farms.  The film was horrendous, an American evangelical film showing in graphic detail what we should think Hell is like – pure propaganda. 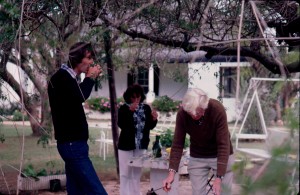 Pat doing a brai for us

From there we went to Storm’s River Mouth, a place I had fallen in love with year’s earlier when we visited the Garden Route. 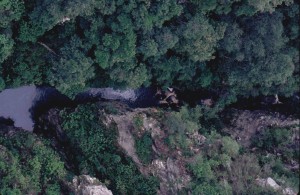 Storms River from the bridge 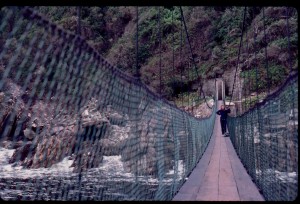 Pauline on the bridge over Storms River 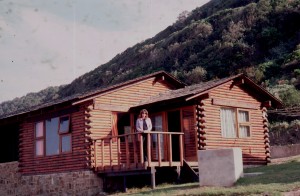 From there we drove to Oudtshorn where we went to an Ostrich farm where they bred the animals.  Pauline sat on one, I rode one and we watched as some workers raced them.

After that we stopped at a natural hot spring and swam there. 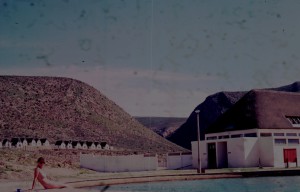 Pauline relaxing by the hot spring

From there to Cape Town where we stayed in the Elizabeth Hotel, which had so many memories for me. 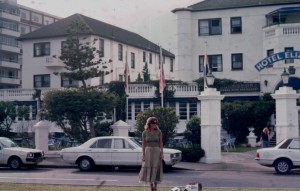 Pauline in front of the Hotel Elizabeth

I took Pauline to visit all my old haunts, the Cape of Good Hope, Rhodes Memorial and the Sea Fisheries and we met up with some of my friends and old colleagues. 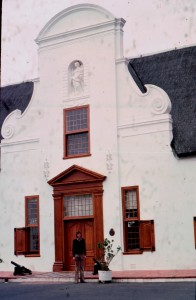 Me at the Parliament building 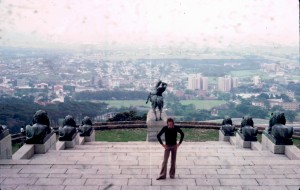 Me at Rhodes memorial 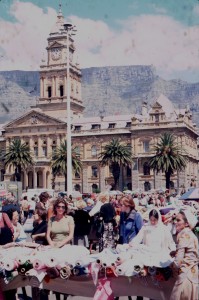 Cape Town market with Table Mountain as a backdrop