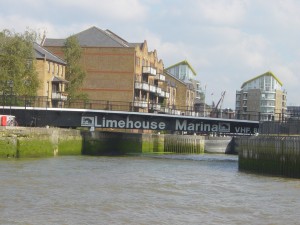 Mike kindly invited us to go on a trip on Clinton, his Dutch Barge, from Staines east down the river and then up the Medway.  The weather had to be relatively calm for the boat to cope with the waves.  We stayed the first night in Limehouse basin.  I bored everyone with tales of the London River Race.  Next day we motored through the Thames barrage after having radioed for permission. 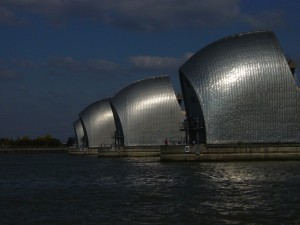 Navigation across the main shipping lane and into the Medway took some concentration and then when we arrived at our booked mooring on a concrete barge we found it occupied. 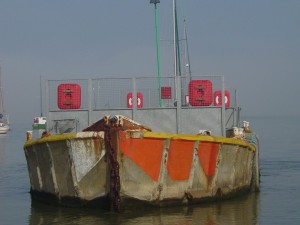 I boarded it and tried to reason with the owners of the boats who were on our space but they were abusive.  Mike contacted the authorities and eventually the offending boat reluctantly made space for us.  I had had a stressful hour trying to make this happen.  Next morning was extremely foggy and we set off cautiously. 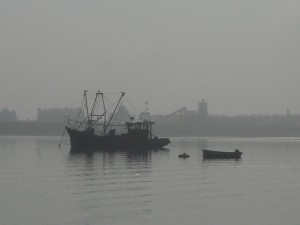 The fog gradually lifted and we headed to Chatham Marina our next overnight stopping place. 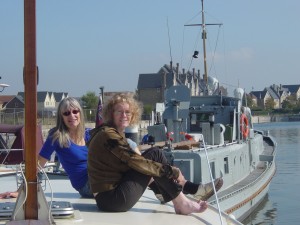 Jo and Sue on Clinton at Chatham

It was Sue’s birthday and we took Mike and Jo out for a meal and David and Anna joined us as well.

We traveled up the Medway as far as we could in brilliant sunshine.  This was beautiful in parts but was spoilt by a factory giving off noxious fumes. 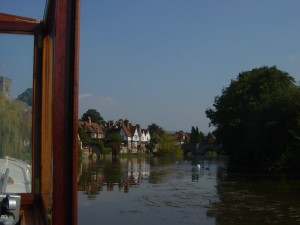 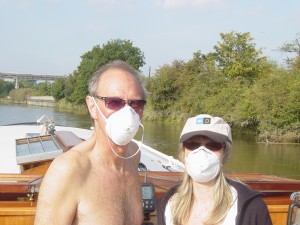 Mike and Jo avoiding the fumes

We spent another night in Chatham and then set off early to travel all the way back to Staines. 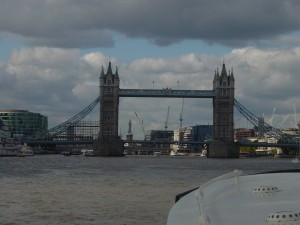